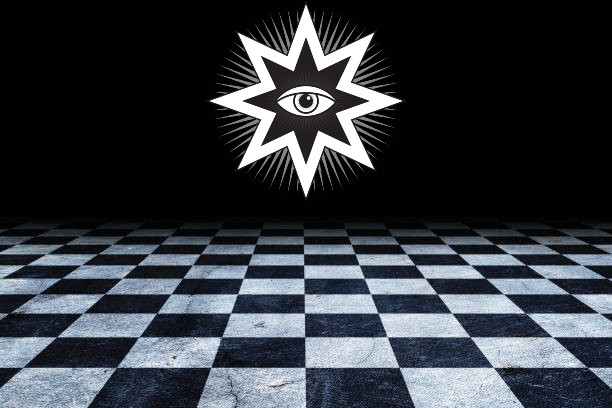 Introduction: The ‘chess intelligentsia’ and the banning of chess players

In a previous article, I talked about the decision by FIDE of banning of Russian and Belarus players in response to the Russian invasion of Ukraine. I also explained how FIDE hypocritically prevented the boycott by Iran of the other illegal occupation condemned by the United Nations. This article explains how the chess intelligentsia has reacted to these events.

A few days ago, took place an online panel discussion among chess executives and personalities. The order of the day was determining whether FIDE did well banning Russian and Belarus players. During the course of the session, it transpired that chess institutions are being used as tools in a propaganda war. More impressively, none of the participants seemed to be intending to disguise this fact.

By the confrontational attitude with which some of the participants approached the discussion, you may run away with the idea that there is large disagreement among them. In fact, the level of agreement over the central point was staggering. This is very common in western politics: heated debate over peripheral matters, making us feel like democracy is taking place.

Emil Sutovsky, Director General of the International Chess Federation:
FIDE didn’t “go down this path” of following their own regulation

FIDE made a unilateral decision to ban Russian and Belarus chess players, in violation of their own regulation. The Charter of the organization requires that decisions on suspensions or exclusions be taken by the General Assembly and not by the Council. Director General, Emil Sutovsky, explained the organization’s lack of accountability:

“What FIDE did was actually a responsible move. We could have started questioning a number of federations, what they think, if the Russian team should be excluded from the Olympiad or not… But we didn’t go down this path; we felt this is the right way to do.”

FIDE just did “the right thing” and courageously took matter into their own hand. The opinion of the national federations didn’t matter because, as Jacob Aagaard pointed out, “these 150 members we have, some of them are islands with just a few chess players. Chess is to a huge extent a European sport.” But the Federation of Cape Verde or the Virgin Islands also pays their fees and are FIDE members as well…

They are in the right by what measure? Not by the FIDE own standard, by which the Iranian Federation was given an ultimatum for trying to oppose the Israeli illegal occupation of Palestinian territory, repeatedly denounced by the United Nations. In a previous interview, FIDE Vice-president, Nigel Short, called this kind of behavior “in-your-face racism”.

Now, you may be thinking that the war in Ukraine is not comparable, and therefore extreme measures are necessary. In fact, the massacre of the Palestinian people by hands of Israel is quite a lot worse, both by legal and by humanitarian standards. Neither are those two wars the only ones going on today. But somehow only Ukraine matters to international sports institutions.

During the discussion, there was a small concern over FIDE, an International Organization, being turned into a political force for the West. Τheodoros Tsorbatzoglou insisted that this issue was not a geopolitical divide, since most nations have expressed their opposition to the war. “There was a resolution in the UN about this invasion, and 170-180 countries voted on this resolution, from West and East. Around 20-30 abstain and only 3-4 supported Russia.”

The actual figures were 5 votes against, with 35 abstentions, 141 in favor. Overwhelming agreement, you may be thinking. Not as overwhelming as the UN resolutions against the Israeli occupation of Palestine that FIDE did not act on. The 76th session of the UN General Assembly (2021-2022) favorably voted on all 14 resolutions regarding Israel. 11 of the 14 resolutions had more than the 141 favorable votes that the Ukrainian issue achieved. Here are some of the results of the vote:

Peter Heine Nielsen, Grandmaster and renowned coach:
“We believe in sanctions for a reason: this war has to stop”

Peter Heine Nielsen, arguably the most successful chess second of all time, seemed to think that the chess federation has the ability to weaken the war effort: “We believe in sanctions for a reason: this war has to stop”, he said.

So how are all these measures going to help end the war exactly? Nielsen repeatedly expressed his concern over propaganda, suggesting the banning of players sponsored by nationalist Russian companies. Nielsen, as well as the other panelists, didn’t seem to understand that FIDE has to act according to its regulation, and that FIDE administration does not have any legal authority to break this regulation.

It is laudable and respectable to try to stop wars. But first of all, you should make sure you are stopping the war and not fulfilling someone else’s political agenda. Secondly if stopping a war was a good reason for a boycott, why was the Iranian Federation given an ultimatum for trying to stop the war in Palestine? This is an issue that didn’t bother the chess intelligentsia at all.

The astonishing thing for me is that the panelists seemed very angry at FIDE and, in particular, at FIDE Director General Emil Sutovsky, who was present in the discussion. The chess intelligentsia wasn’t outraged at the fact that FIDE is blatantly violating its charter and constitutional principles. They weren’t appalled by the politically charged double-standard of FIDE. They thought FIDE should have gone much further with their illicit sanctions! In the words of Nielsen: “I think we have to give our part and, for instance, not have sort of milder versions than the IOC recommends”.

Jacob Aagard, Grandmaster and prolific chess author:
“Should chess be used as a propaganda tool? Our opinion is no”

Jacob Aagard, gave a straightforward answer to this question: “Should chess be used as a propaganda tool in Russia, to show Russian greatness? Our opinion is no.” “We do not think that this is an appropriate situation for Russia to do internal propaganda on the back of chess.” So this is an anti-propaganda tactic. It makes a lot of sense not to give a platform to propagandists… except that is not exactly what they meant.

Yuri Garrett, Board Director of the Association of Chess Professionals (ACP):
Propagandists, yes, but only if they support our cause

Every panelist seemed to agree that no Russian propaganda should be allowed. “I do share of course Jacob’s (Jacob Aagaard’s) point of view when he says we can’t allow Russian sports heroes.”, said Garret. But don’t get mistaken, this is not a quest to fight against the propaganda, this is a propaganda war:

“There are so many Russians who oppose the war there are so many Russians who hate what is happening, who despise their country for what it’s doing, and they have voices. By silencing them the dissidents will not be able to speak up. I mean just imagine if we had banned Grischuk, he would never have had the chance to come up to the west and say, well I am against.” Garret remarked.

Daniel Gormally, Grandmaster, chess author and columnist:
We are very hypocritical, but it’s for the sake of human rights

There was widespread consensus that Russians can play so long as they are on our side, the Western side. It is important to clarify this because, again, no action was taken against any war crime or illegal aggression from Western allies. As Gormally himself pointed out “we are very hypocritical in the West: we bomb countries, we invade countries…”

According to him, this hypocrisy springs from our desire to spread human rights around the world. So when a western military power commits an act of international aggression, kills a million people, wrecks the country, and produces a humanitarian crisis for many years to come… it is for the sake of human rights. Let’s leave aside the fact that every time this happens, the human rights score of these countries plummets; this is not the point. What matters is that we tried: we did our best to free these people from the miseries of their rightless world. Remember this the next time you ponder about dangerous propaganda.

Emil Sutovsky, Director General of the International Chess Federation:
We should reward those who are “expressing so bravely their stance”

I really left the best for last, ending as we started, with FIDE Director General, Emil Sutovksy. Here is how Sutovsky explained his rationale for sparing some of the Russians:

“I think the collective punishment doesn’t work. I think that the right of players to exist, to participate, especially when they were expressing so bravely their stance.” “Daniel Dubov has expressed against Crimea, which is a crime in Russia. He expressed himself in 2018 immediately after winning the title. And actually, just incidentally, the fact that he became (rapid) world champion gave him the platform to speak.”

There was this strange feeling, floating in the air during the discussion, that Russians are under some kind of mortal danger from speaking. Obviously we’re dealing with an autocracy, and autocracies punish people for speaking, isn’t it?

The problem is that, as they mentioned during the discussion, many Russians had already spoken up publicly against the war. They even wrote a collective letter to Putin, expressing their disagreement with him. None of them was punished in any way. But what about the others, the ones that Sutovsky wouldn’t call “brave”? Karjakin got punished for speaking “not bravely”, and will miss the Candidates Tournament. I do not agree in the least with anything he said, but if we’re going to speak of courage, I think Karjakin wins the day.

The most amazing thing about this discussion is how much unperturbed the panelists were by the transparent fact that all these measures are directed towards pressuring players to make unwilling propaganda, propaganda on the back of chess.