Why can FIDE violate its regulation? 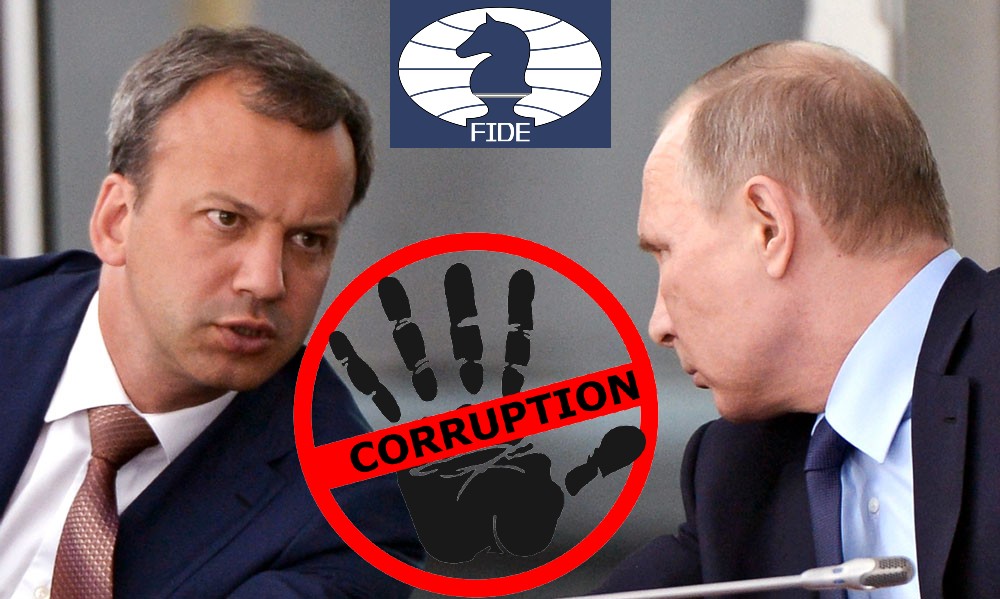 Why can FIDE violate its regulation?

I have already spoken on how officials at the International Chess Federation (FIDE) violate its regulation in order to achieve its political aims. The banning of Karjakin was fraudulent, even if we disagree with him. FIDE applied the Code of Ethics outside of its scope, and disregarded their own regulation. The suspension of the Russian Federation ingringed several articles of FIDE Charter, the supreme rule of the organization. The boycott was so illegitimate that both the President and the Vice-President had previously declared that all boycotts are against FIDE charter.

Such a blatant self-contradiction and violation of their own principles did not make these chess politicians hesitate even for a second. Even more distressing, although unsurprising, is the compliance of the majority with these appalling acts. Some of you may be thinking, it is not wrong for an administration to follow the will of the majority. Of course, this is generally true. But can FIDE violate its regulation just because they have public support? For most, the answer is unambiguously negative… when they themselves are the affected. When the violations have their sympathy, things change quite drammatically.

The problem of unregulated administrations

We could do this, and just let FIDE violate its regulation, so long as they have the consent of the people, but there are a few problems with this. There are very good reasons why we have regulation. First of all, it ensures that minorities are protected at all times. A situation in which the majority can bully the individual could turn against any of us, thus becoming a generalized evil. Secondly, the rules constitute a commitment of the people to a certain fundamentals. This keeps people honest and firm and prevents corruption. Finally, it allows leaders to act towards pre-established goals, rather than manipulating the common will for the pursuit of political agendas.

Regulation should be applied fairly, and this means it should apply even when we disagree with it or when its inconvenient. Otherwise, the law becomes an instrument for political power. For example, this is what happened when representatives from the English Chess Federation, Nigel Short and Malcolm Pein, wanted to exclude the Iranian Federation. Short, who is also FIDE Vice-President, did not try to convince the public on moral or utilitarian grounds. He said, “it’s a matter of principle, a matter of law”. He was right, and thus the Iranian Federation was forced to give up on their boycott of Israeli attrocities. “All boycotts in breach of FIDE Charter”, Short claimed… That was until he and his fellow FIDE executives wanted to do something against the rules.

They knew that a boycott on Russia was illicit, but they wanted to carry on with it. Now the FIDE Charter card is not available, so we need to resort to more demagogical means:

These are the kind of arguments that are being used now to support outrageous transgressions of previously widely accepted rules. I run out of words to explain why this is wrong. If glaring violations of the statutes and patent self-contradictions are not condemnable, what would be? I cannot help but wonder, can Iran resume its boycott on Israel under the new status quo? After all, the rationale for suspending the Russians fits Israel perfectly well. Or is the IOC and the personal self-righteousness of FIDE executives the new rule?

More than a matter of principle

Let’s leave aside the fact that executives at FIDE violate its regulation. From a utilitarian point of view, FIDE is seriously harming the game of chess. The chess community has been severely divided. FIDE has given up on Russian sponsorship, substantially reducing its budget. There is even a chance that the Russians break up from FIDE and go their way, carrying some other nations along with them. And of course, we are not stopping any war. On the contrary, we are doing our best to generate hostility. To the point that I personally saw a reputable chess Grandmaster calling someone else “a Russian” as a form of insult. The chess community has shoot its own foot. We are not one family any longer.

The game of chess is in a critical situation. It is losing importance because we chess players don’t consider it important. Some professional chess players feel enlightened because they realized there is a world outside of the 64 squares. And now they act as if their chess colleagues don’t matter anymore. Chess is no longer a unique sport with unique social influence. We are just one more pawn in the machinery of western propaganda. The chess community did not act rightfully nor we acted rightly. This is the most counter-productive and potentially dangerous scenario we could have created. And it is all because some people decided that the regulation doesn’t matter anymore. They thought they are fighting against a war when in fact they were only created another one. It is the most regrettable situation in the history of chess.

Conclusion: Why can FIDE violate its regulation?

Unfortunately, our societies are not the beacon of freedom and justice that we want them to be. There are powers, and might is right. FIDE officials count on the support of other very corrupt sports institutions. People have a tendency to follow norms not rules. Therefore, normalizing illegal actions makes them feel less wrong. Another clever move by FIDE was that instead of walking on the edge between the legitimate and the illegitimate, they went all-in. They violated every rule in the book, in a way that it is almost impossible to criticize them without looking insane. This had an additional benefit of shifting the conversation towards the borderline issues, making any other concern seem radical.

Knowingly or not, FIDE applied these propaganda techniques to the pursuit of their aims. The goal was to sanction the Russians, but they had no grounds to support their case by a conventional route. They knew that the General Assembly is multicultural and probably not as sympathetic to their cause. They would have had to face unpleasant questions about their previous statements regarding boycotts. So they just took matters into their own hands. After all, who would object to people “fighting against a war”? And nobody will do anything to revert this deplorable injustice. This is why officials at FIDE violate its regulation.