The three precepts of chess competition: The last prophet of chess, part 1 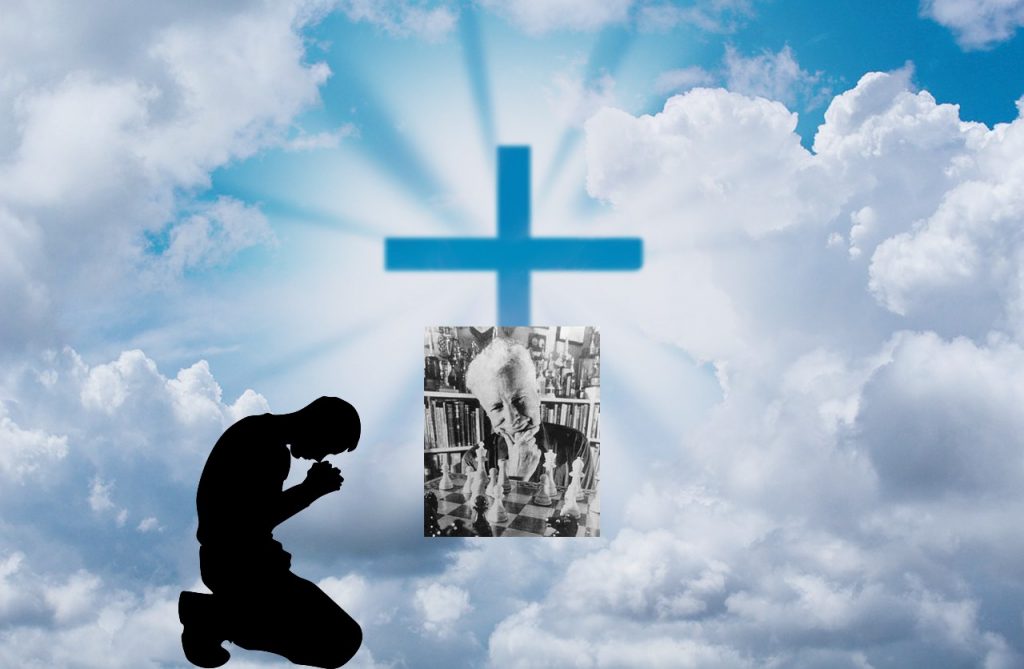 The 3 precepts of chess competition: The last prophet of chess, part 1

In the beginning, Caissa created the board, the pieces, the rules… Chess players wandered for centuries, pondering on the meaning of it all. They created systems of competition to decide who would get the glory of champions. Everything seemed to be working fine, but something was missing: something as prosaic as winning could not be the ultimate goal, there had to be something more. Humanity awaited a revelation, a sign from heavens. It is then when the miracle occurred:

The scripture and the precepts of chess competition

In 1960, Dr. Arpad Elo delivered the laws of God to the international chess community:[1] The precepts that would decide for generations to come who the chosen ones are; who is worthy of paradise, who shall burn in hell. Like all laws of God, the Elo system was written in a mathematical language: eternal and perfect. No man shall revise the word of god! Thus the Elo system remain unchanged for decades… until this very day.

Today, the religion that the scriptures of Dr.Elo brought to us is so widespread that it pervades the whole of the chess community. Chess players no longer care very much about winning competitions, to the point that Magnus Carlsen recently declared that he could give up his world champion crown and focus on the goal of improving his (already highest ever) rating.

Elite players are usually defined as those with the highest rating, and they get invited to prestigious closed tournaments. High-rated players can classify to official tournaments based on ratings, including to the most important events such as the candidates tournament. Olympic teams are usually composed of the highest-rated players from each country, and chess clubs usually hire players based on rating. Even chess trainers and teachers are often judged by their rating, and for a time the International Chess Federation (FIDE) required arbiters to reach rating requirements.

The precepts of chess competition

Ratings are “objective”, they say, but are valid? Are they measuring what we really want to measure? This little question is more important that it is apparent at first glance. We let our last prophet, Dr. Elo, decide for us on our collective competitive goals. Elo established some precepts of chess competition, and these have persisted until today. Here are the most important ones:

The first precept of chess competition: Draws shall be worth half a victory.

These precepts of chess competition have consequences. For example, draws in chess are awarded with half a victory in virtually every tournament and also where it matters most: the Elo ratings. This isn’t likely to change because ‘the prophet’ established it this way. No sport allows players to share the victory, but in chess you do so and even prearrange it!

Elite chess players don’t think this is wrong because everybody is doing it. So whenever you don’t see things clearly, you can just wink an eye to your opponent and split the pie. Imagine if this happened in any other sport; It would be an outrage. But in chess, you cannot blame players for trying to maximize their possibilities: the reward for a draws is just too high.

The second precept of chess competition: All games are created equal.

Arpa Elo established that in in chess all games have identical value, and the only matter is the Elo-score of the contenders. He made this assumption because his system was meant to predict average performances in average circumstances rather than tournament wins or extreme results. This is, the Elo system completely ignores variability within individuals.

A player that alternates performances of say 2800 and 2700 will have the same rating as one that performed consistently at 2750. Such differences may occur because some players make less draws than others; some be more inspirational or more prone to risk in critical moments; some may be more dependent on preparation or form and so on.

These and other factors would make their results more irregular. For example, it is well-known that Mikhail Tal used to have sharp ups and downs in his play. I should point out that large differences in variability aren’t seen in elite chess, in part because the punishment for inconsistency is too harsh. Players like Tal are expelled from Dr.Elo’s Garden of Eden, because his laws indicate that tournament wins are irrelevant.

A player could remain in the elite group for decades without ever winning a tournament. In fact, this is quite common in chess. Suppose you were an average elite player and had to make a decision: play for a win or secure a draw? If you win, you may reach a higher prize; on the other hand, if you lose, you won’t only you risk prize money, but you could drop out of the elite group. Your potential earnings from next invitational tournaments would vanish. The decision is very clear. Winning doesn’t matter anymore: the goal is to maintain one’s rating above a given threshold. This often involves strategizing and applying risk-management techniques in the form of short draws.

The inherent assumptions of the Elo rating system used by FIDE are considered immovable. They are taken on faith, almost like religious precepts. Consequently, a number of chronic diseases have affected chess culture. For starters, players have developed a tendency to play for a draw, and even to prearrange draws. Chess has become much less combative and interesting.

In my next articles, I will explain other factors affecting combativeness in chess.